Atrium of the main building of the Humboldt University of Berlin 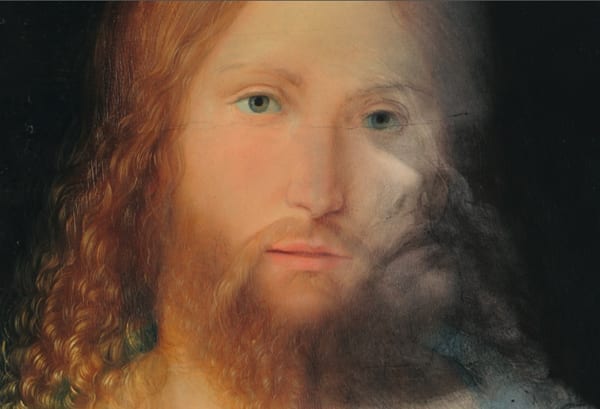 The starting point for PENTIMENTI lies in a discovery recently made at the Schlossmuseum in Weimar. Underneath a Portrait of Christ by Venetian-born painter Jacopo de’ Barbari (about 1503), X-ray analysis revealed another painting, one of the severed head of St. John the Baptist. To look at both the actual painting and the X-ray photograph creates a peculiar sensation. Where one would expect a clear hierarchy to emerge – between original image and later addition, or between top and bottom – ghostly St. John and Jesus Christ instead begin to haunt each other, simultaneously drawing attention to and destabilizing their counterpart.

Against the white cube-custom of giving everything as much room as possible, it is a sensation of this kind that PENTIMENTI is out to create. By embracing and putting on display the inevitable linearity of the installation process, the exhibition encourages the productive conflict that erupts when two works of art get too close for comfort. The participating artists, each in their work already dealing with the comic and intellectual potential of putting one thing on top of another, are invited into the space one at a time to extend the stacking and layering onto the other works in the show. Where the first has the privilege of being able to install a large, defining work in the empty, open space of the Humboldt University Lichthof, the second and third enjoy the luxury of being able to react, choosing between aggressively confronting or merely adding to what’s already there. The exhibition becomes a spatial palimpsest in which overlapping layers take turns highlighting each other.

While we have no way of knowing for sure why Barbari painted over an already used canvas, the concept and practice of layering used in this exhibition may help raise questions that go beyond formalisms of exhibition design and address recent changes in our understanding and structuring of information. If globalization is flattening the world, and if the internet is allowing everything to happen at once, what might be the benefits of choosing to do – or to see – one thing after another? 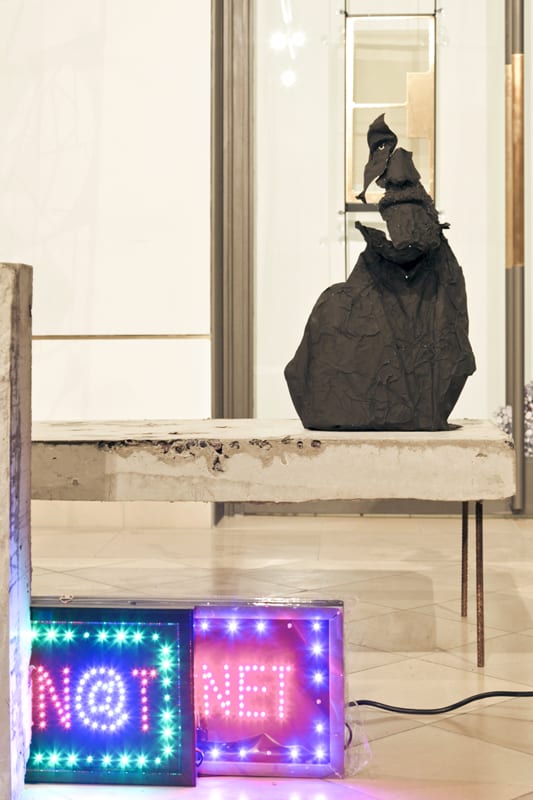 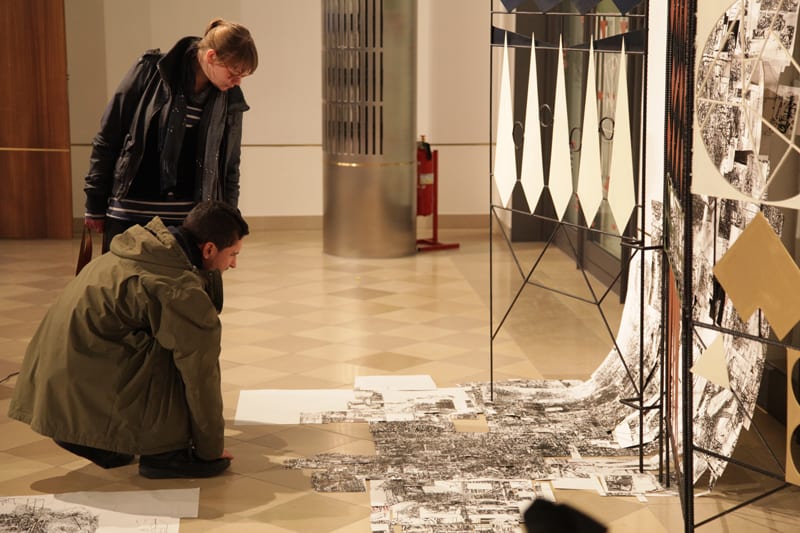 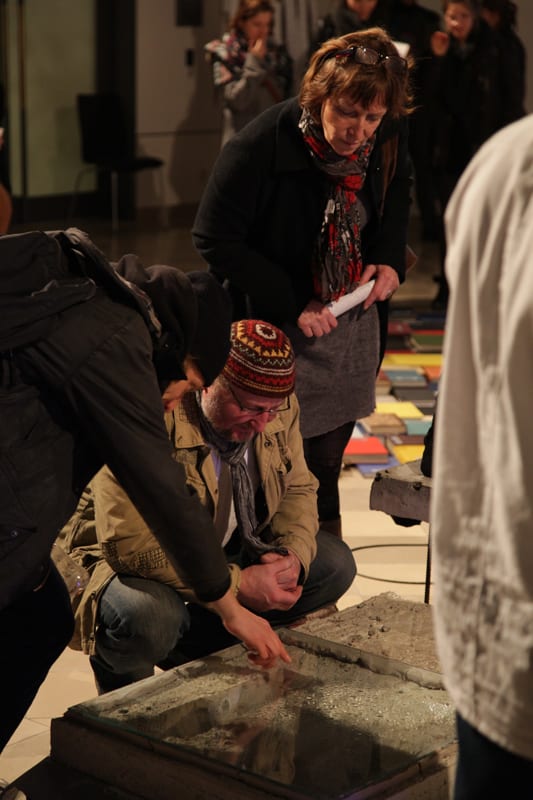 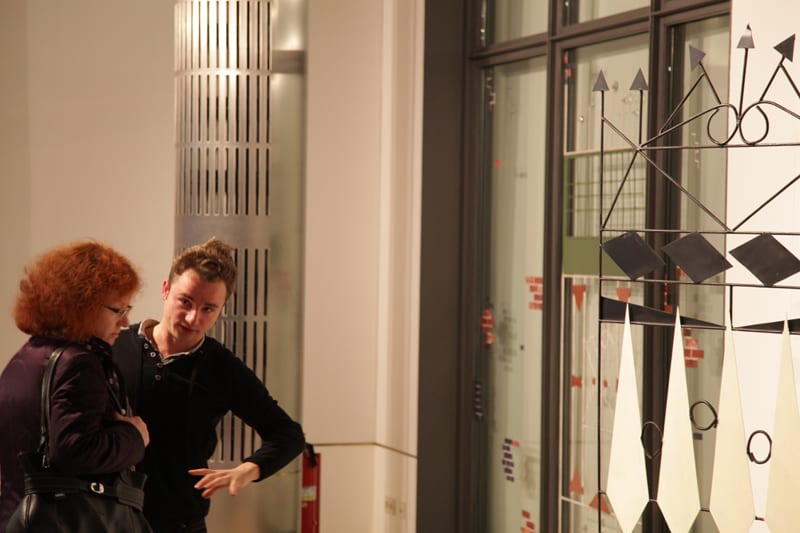 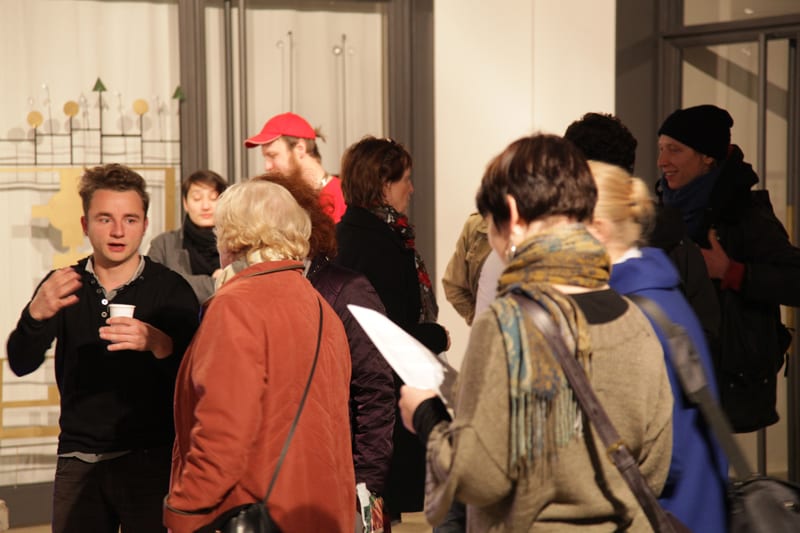 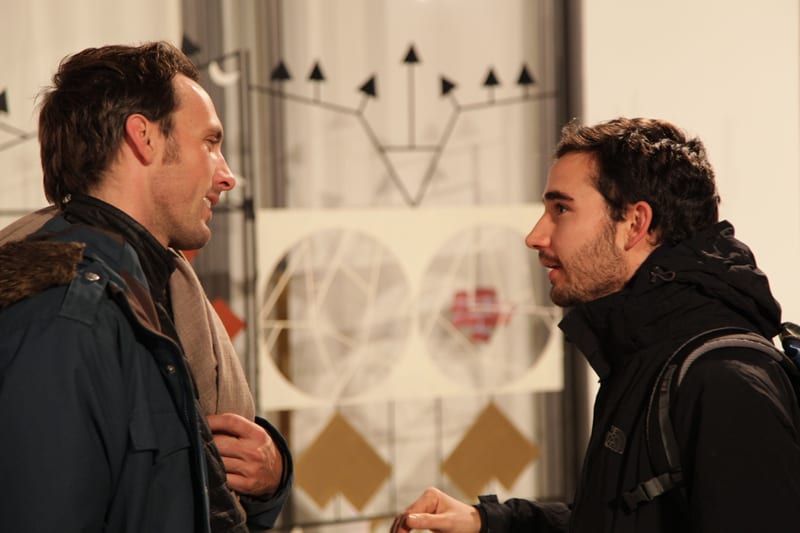 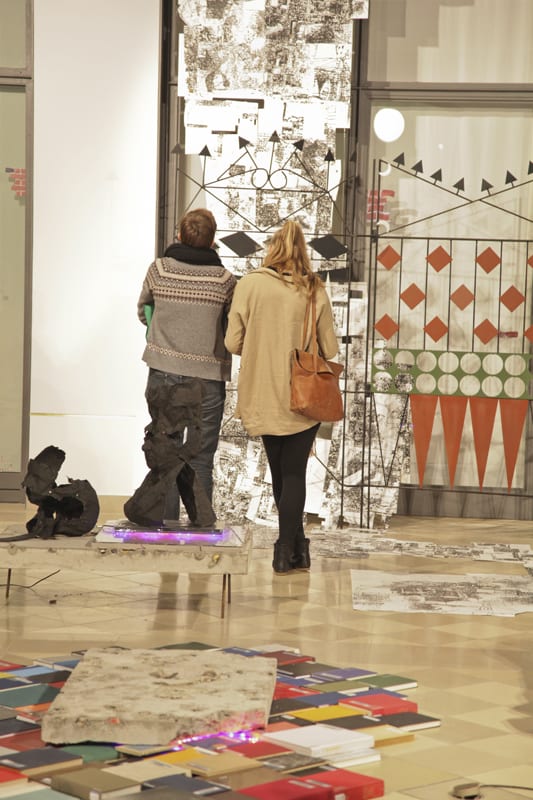 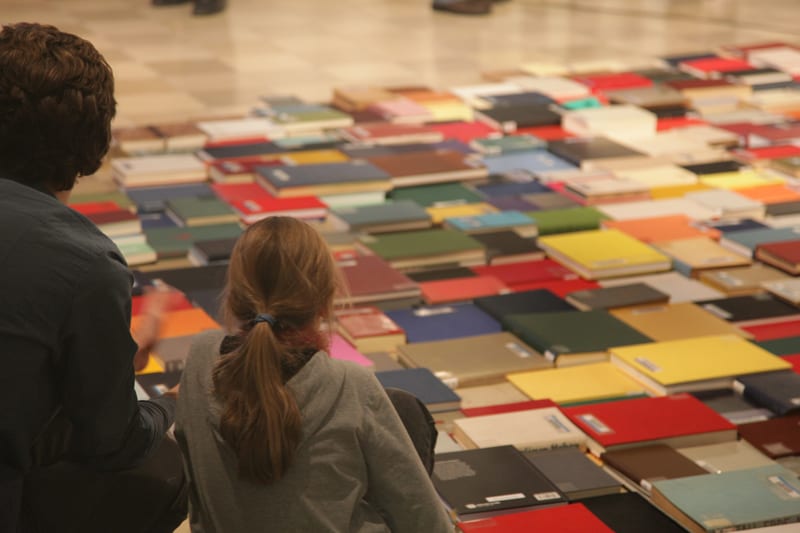 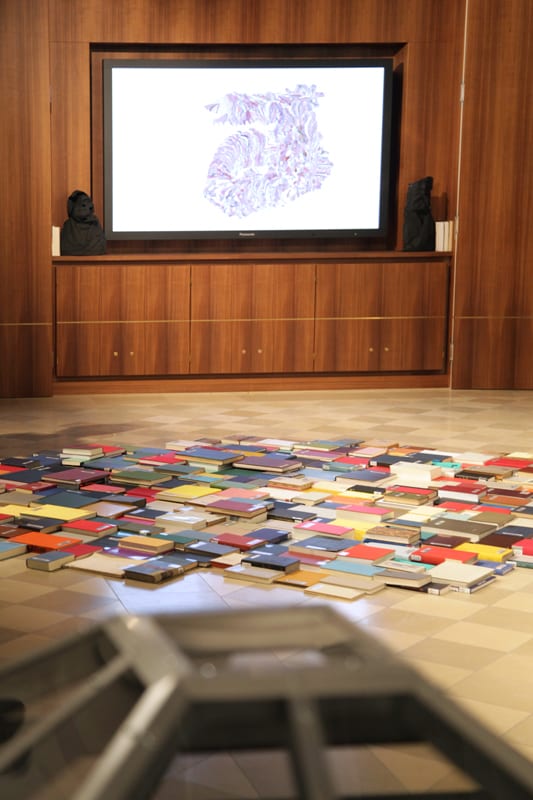 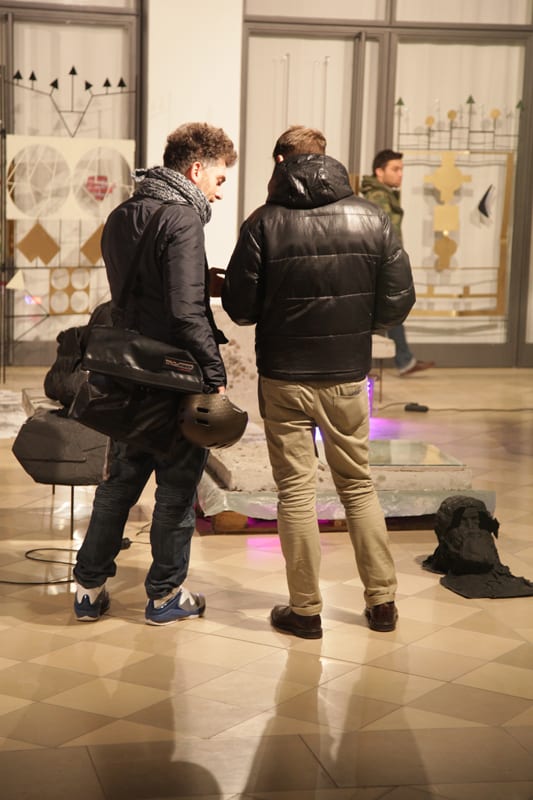 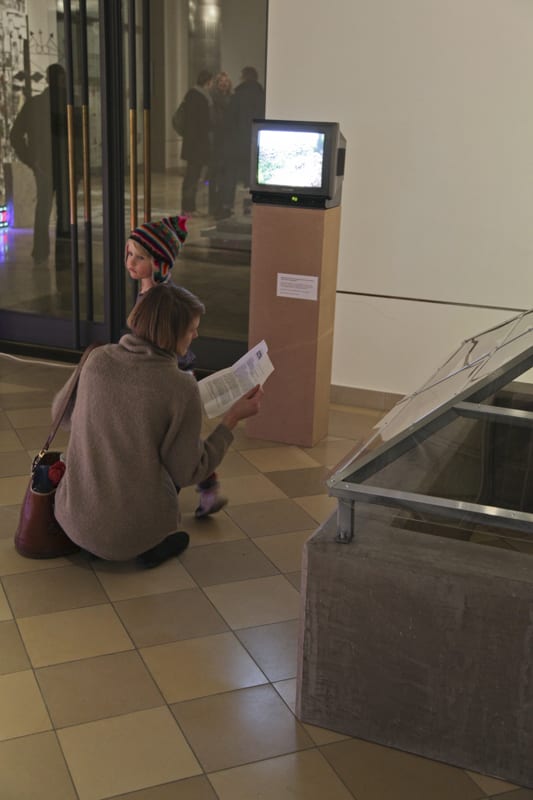 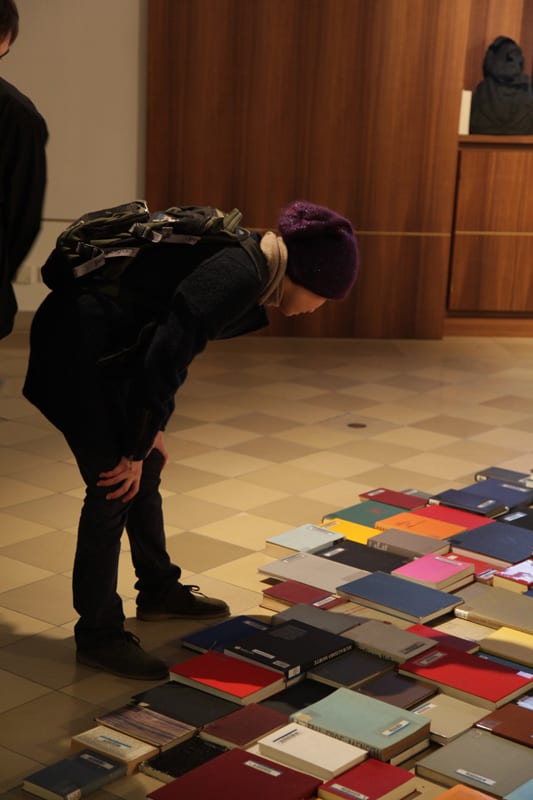 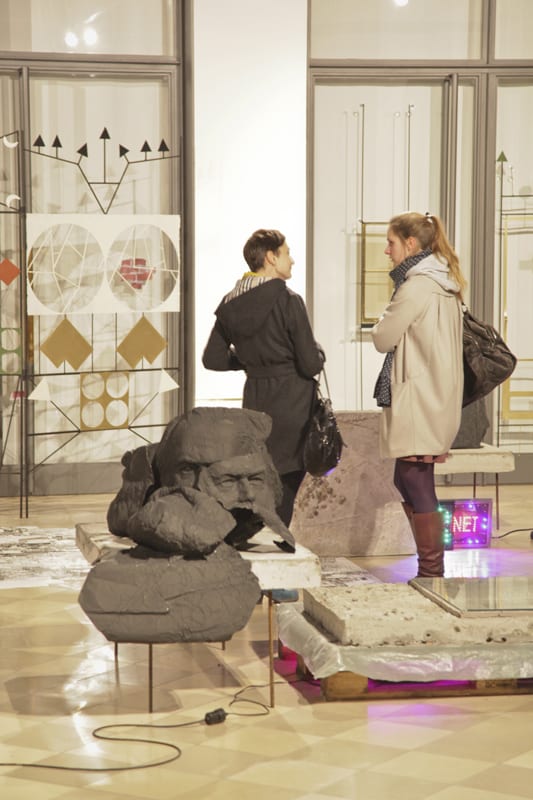 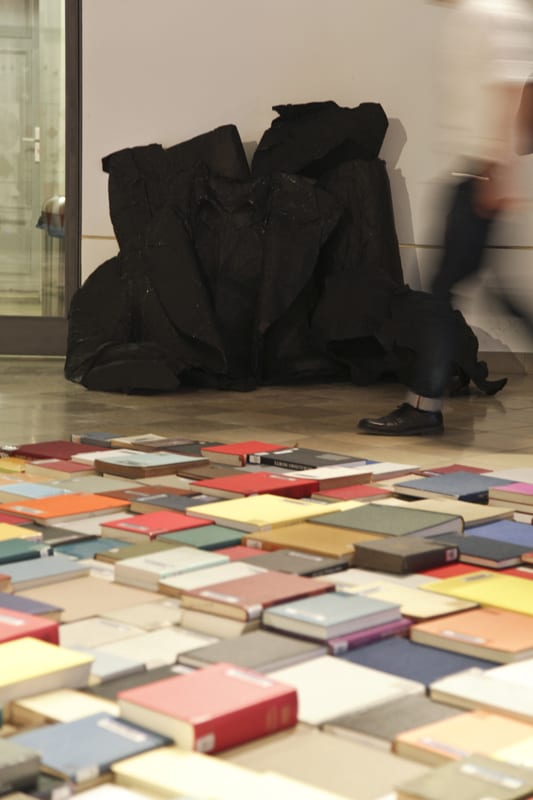 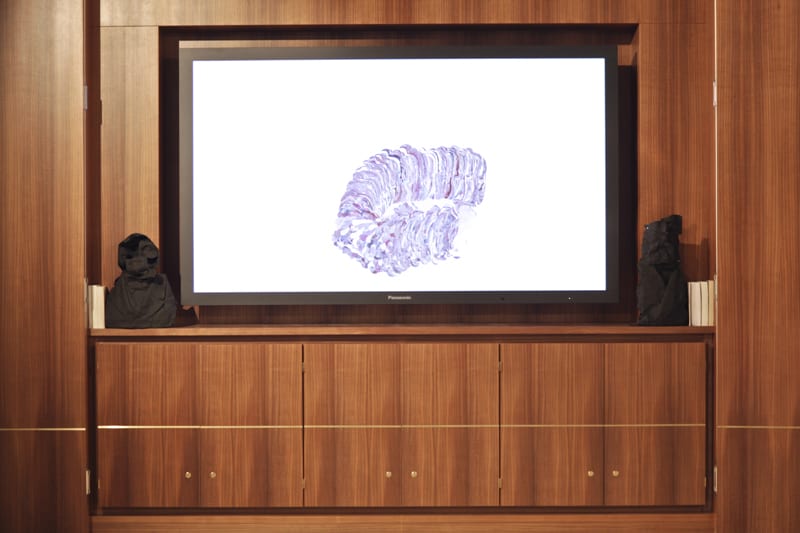 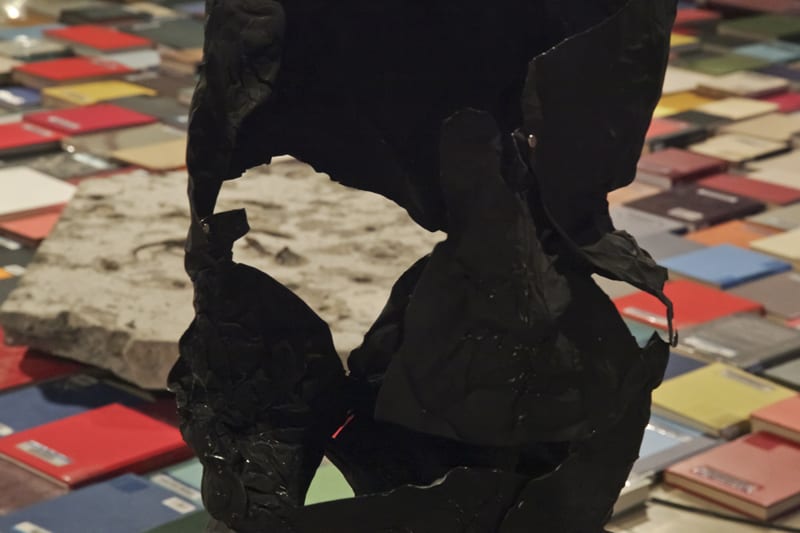 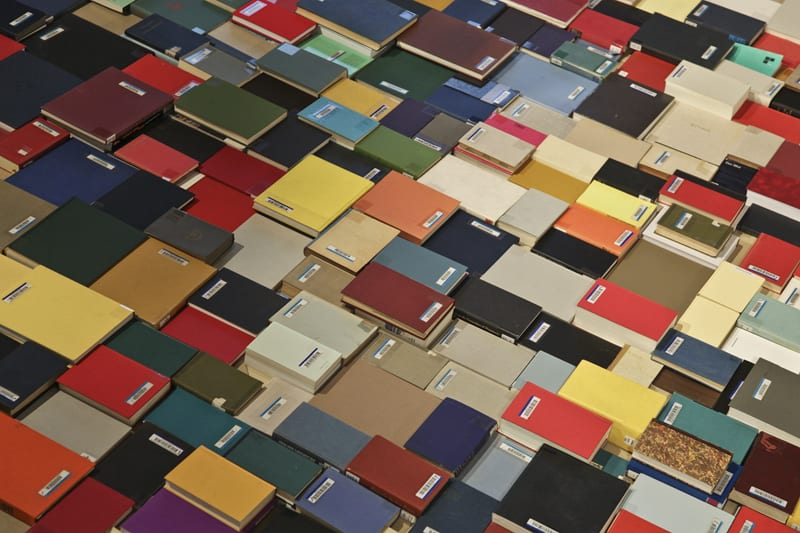 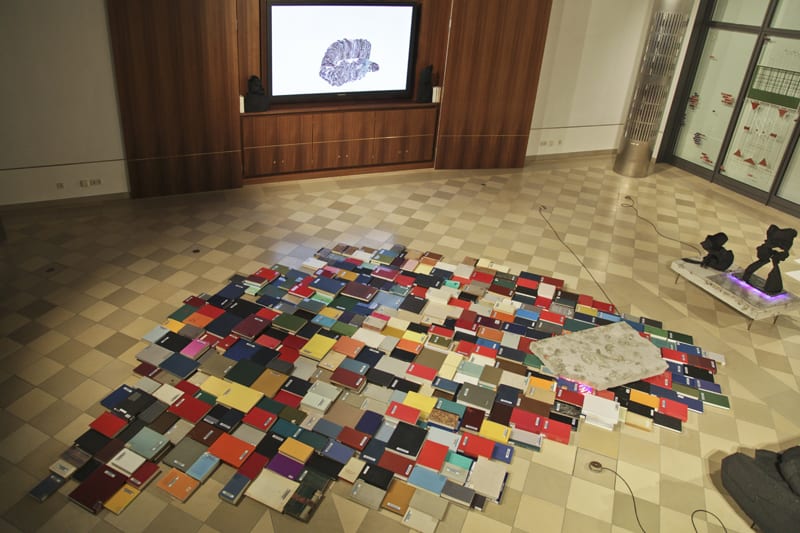 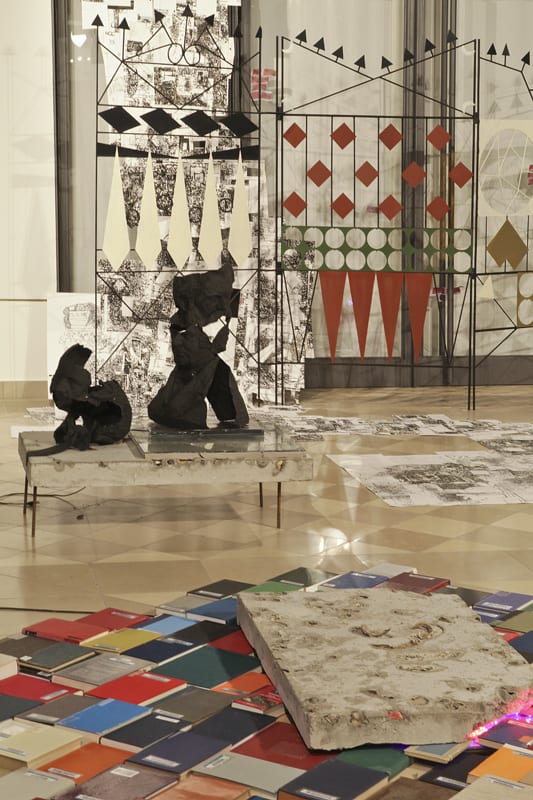 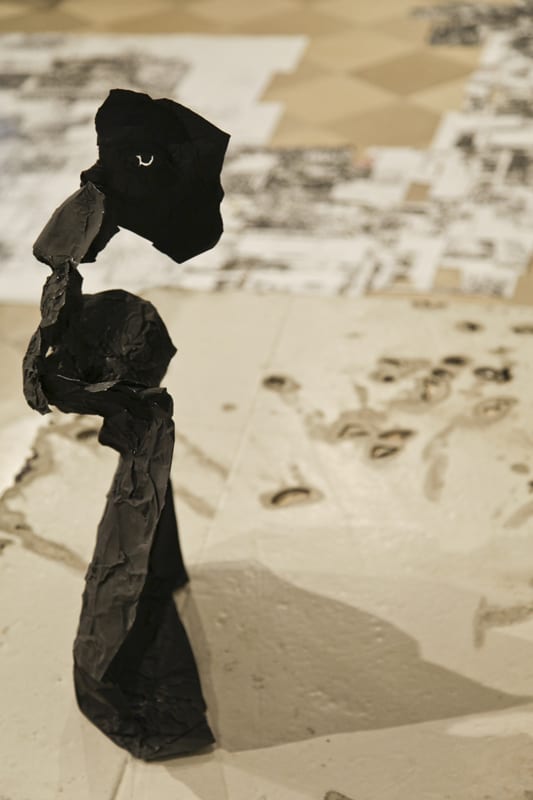 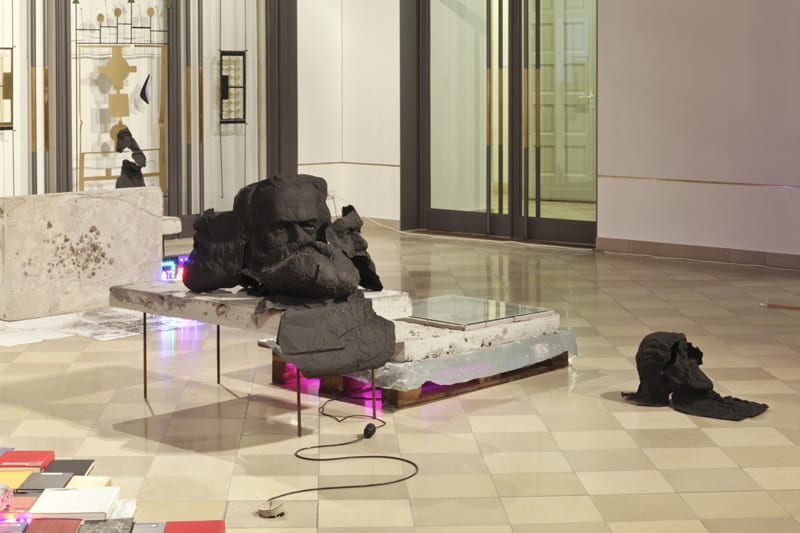 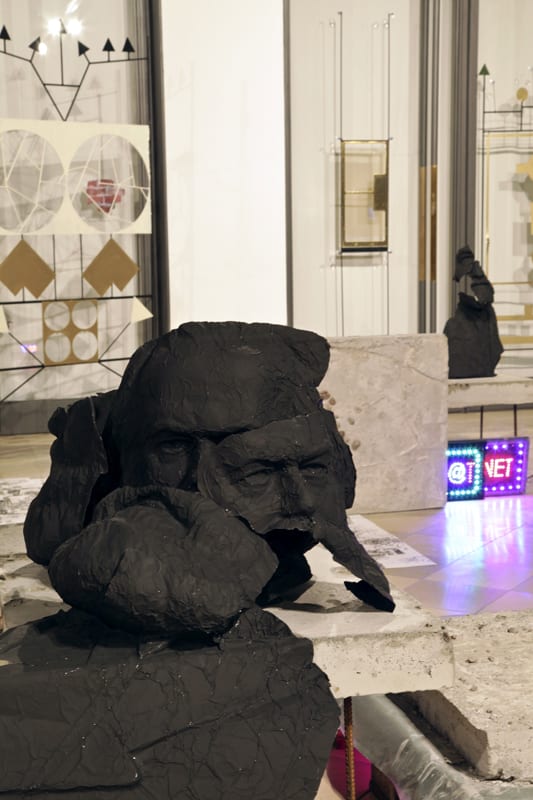